Travel Rescue is a better bet, article in Travel Africa 93

Don’t you just hate paying for travel insurance? I would rather spend the money on a flight over the Okavango Delta or splashing out on the honeymoon suite at Cottars…

Why travel rescue is better than travel insurance!

When you have a serious problem overseas; the medical emergency, the car accident, the crashing fall off a mountain bike, the mistimed landing on your paraglider, the rockfall, or the…

Nowadays most African towns have good quality supermarkets where all your food shopping can be done. In some countries the bottle shop is separate so you may have to shop…

Paul Barnes reports from Zambia   Tourists are now entering Zambia again. It is a requirement that they have a COVID negative test certificate no older than four days prior…

Health on the Road

It’s especially important that you take your own health seriously when you are a long way from home in countries that have no National Health service, no Ambulance service, and…

The travel industry is currently going through meltdown and coming through this is going to take time and patience. We will all be rethinking about how we travel and the…

Is Botswana a viable self drive destination?

Article in Travel Africa Magazine by Charles Norwood Botswana is an adventurous and challenging driving destination so be prepared for the conditions. The roads vary from sealed tarmac with some…

Is Botswana a viable self-drive destination…  Botswana is an adventurous and challenging driving destination so be prepared for the conditions. The roads vary from sealed tarmac with some pot holes…

How to Spend your safari budget wisely

Baring the soul in a high profile magazine was a little daunting. This is tough reading for anyone that loves Land Rovers and at the time accounted for many years…

The leatherman is my single most useful and versatile piece of kit – just remember not to put it your hand luggage. As someone who only packs at the last…

Setting out for the remote bush in Africa needs some preplanning so that you are self-sufficient and in the event of breakdown or incident you have a plan in place.…

read more
When to travel

Why Travel in the Low Season? Firstly its a better experience The “low” season is simply travelling when other people don’t which can be for many reasons. It might be… 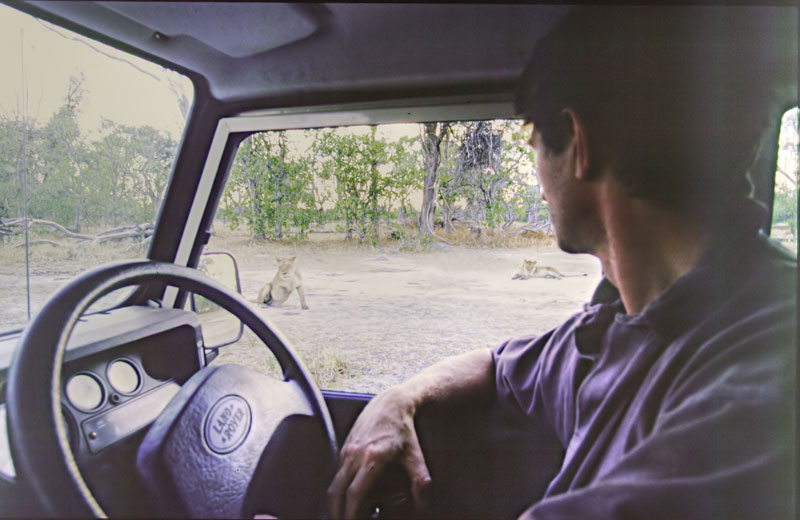 Charles and Meregan Norwood created the first commercial self drive safari in 1992 and after more than 25 years of operations have come to know what makes the perfect journey.

Charles’s first went to Africa in 1980 when he hitched across West Africa and the Sahara. Then he joined Encounter Overland, the pioneers of group overland travel in Africa. From 1980 to 1987 he led major expeditions in India and Africa. Running Land Rover One Ten and Defender vehicles for private expeditions and film reviews followed between 1987 and 1993. In ’93 Safari Drive was formed as the first self-drive safari tour operator. ‘We supplied an expedition-equipped Defender for clients to drive through the best bits of Africa, planned the routes and supported them on the ground.

‘The reason that we used Defenders was that they were the best able to handle the road conditions in Africa. We rarely had stuck vehicles until Land Rover stopped making the Defender and we used Land Cruisers. Their heavier weight tended to bog them down – although we never had another rollover.‘The other reason was that the image of the Defender fitted our marketing image. Selling the dream of driving across the plains of the Serengeti at the wheel of a fully equipped Land Rover and camping in the bush was not available elsewhere. Although we sold Safari Drive in 2018 we are committed to advising and helping people plan and run their own private self-drive expeditions. He still has Stanley, one of Safari Drive’s early Defender Td5s. It’s based in Windhoek, Namibia, as a personal vehicle